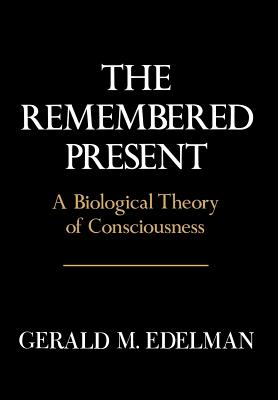 A Biological Theory Of Consciousness

A genuine understanding of how mental states arise from the structure and function of the brain would be, as William James declared in 1892, ”the scientific achievement before which all past achievements would pale.” Can a comprehensive biological theory of consciousness be constructed in 1990? Any attempt has to reconcile evidence garnered from such diverse fields as developmental and evolutionary biology, neuroanatomy and neurophysiology, cognitive psychology, psychiatry, and philosophy.Having laid the groundwork in his critically acclaimed books Neural Darwinism (Basic Books, 1987) and Topobiology (Basic Books, 1988), Nobel laureate Gerald M. Edelman now proposes a comprehensive theory of consciousness in The Remembered Present. Integrating findings generated by the recent explosive growth in the neurosciences with current knowledge of anatomy, cell biology, and psychology, Edelman has been able to construct a detailed model of how we become aware of our own existence.In addition to providing a scientific account of brain function and consciousness, the theory advanced in The Remembered Present will have a significant impact on a wide variety of fields. It provides a new outlook that may prompt fundamental revisions in the way linguists view language, physicians classify mental diseases, and philosophers look at the mind-body problem.

Gerald M. Edelman is director of the Neurosciences Institute and chairman of the Department of Neurobiology at the Scripps Research Institute. He received the Nobel Prize for Physiology or Medicine in 1972. He is also the author of Bright Air, Brilliant Fire; Tobiology; and The Remembered Present.
Loading...
or
Not Currently Available for Direct Purchase