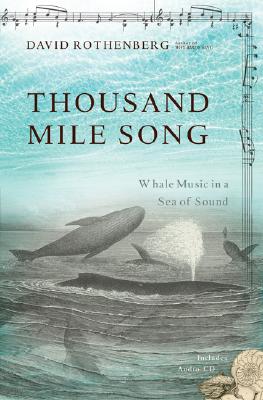 Whale Music In a Sea of Sound

The man who plays music with animals returns with a fascinating exploration of an alien intelligence in our midst: whales and their profoundly mysterious music

David Rothenberg-philosopher and musician-is the author of Why Birds Sing, which has been published in six languages and turned into a TV documentary by the BBC; Sudden Music; Hand's End; and Always the Mountains. His articles have appeared in Parabola, Orion, The Nation, Wired, Dwell, Kyoto Journal, and Sierra. He is the founding editor of the Terra Nova journal and book series. Rothenberg is also a composer and jazz clarinetist who has released seven CDs, one of which, On the Cliffs of the Heart, was named one of the top ten releases of 1995 by Jazziz Magazine. He lives in Cold Spring, New York.
Loading...
or
Not Currently Available for Direct Purchase