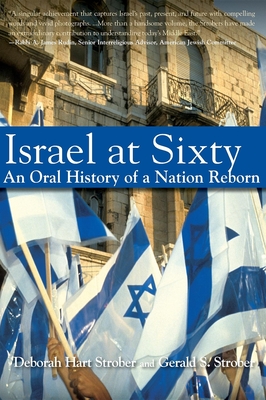 An Oral History of a Nation Reborn

Based on extensive interviews, Israel at Sixty presents a balanced, comprehensive account of this complex and amazing land. It re-creates historic events from the actions of Israel's founding visionaries through the ravages of six wars with its Arab neighbors to its growing strength and international stature and efforts to make permanent peace with its adversaries. Complete with more than fifty previously unpublished photos, Israel at Sixty is a beautiful keepsake for anyone who loves, respects, and supports the Jewish state.