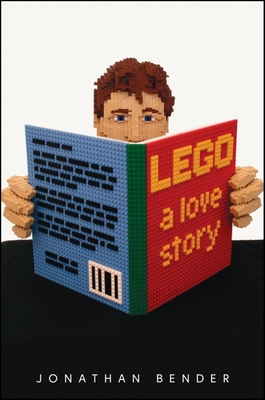 An adult LEGO fan's dual quest: to build with bricks and build a family

There are 62 LEGO bricks for every person in the world, and at age 30, Jonathan Bender realized that he didn't have a single one of them. While reconsidering his childhood dream of becoming a master model builder for The LEGO Group, he discovers the men and women who are skewing the averages with collections of hundreds of thousands of LEGO bricks. What is it about the ubiquitous, brightly colored toys that makes them so hard for everyone to put down?

In search of answers and adventure, Jonathan Bender sets out to explore the quirky world of adult fans of LEGO (AFOLs) while becoming a builder himself. As he participates in challenges at fan conventions, searches for the largest private collection in the United States, and visits LEGO headquarters (where he was allowed into the top secret set vault), he finds his LEGO journey twinned with a second creative endeavor--to have a child. His two worlds intertwine as he awaits the outcome: Will he win a build competition or bring a new fan of LEGO into the world? Like every really good love story, this one has surprises--and a happy ending.

Whether you're an avid LEGO freak or a onetime fan who now shares LEGO bricks with your children, this book will appeal to the inner builder in you and reignite a love for all things LEGO.

Jonathan Bender is a freelance features writer; his work has appeared in "Time Out New York," "Women's Health," "CNN.com," "ESPN.com," and the "Kansas City Star." This is his first book. He lives in Kansas City, Missouri, with his wife, Kate, and has significantly more than the 62 LEGO bricks that exist for every man, woman, and child in the world today.
Loading...
or support indie stores by buying on