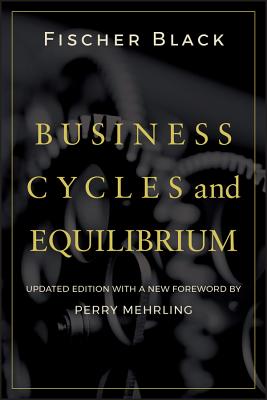 Throughout his career, Fischer Black described a view of business fluctuations based on the idea that a well-developed economy will be continually in equilibrium. In the essays that constitute this book, which is one of only two books Black ever wrote, he explores this idea thoroughly and reaches some surprising conclusions.

With the newfound popularity of quantitative finance and risk management, the work of Fischer Black has garnered much attention. Business Cycles and Equilibrium-with its theory that economic and financial markets are in a continual equilibrium-is one of his books that still rings true today, given the current economic crisis. This Updated Edition clearly presents Black's classic theory on business cycles and the concept of equilibrium, and contains a new introduction by the person who knows Black best: Perry Mehrling, author of Fischer Black and the Revolutionary Idea of Finance (Wiley). Mehrling goes inside Black's life to uncover what was occurring during the time Black wrote Business Cycles and Equilibrium, while also shedding light on what Black would make of today's financial and economic meltdown and how he would best advise to move forward.

Engaging and informative, the Updated Edition of Business Cycles and Equilibrium will give you a better understanding of what is really going on during these uncertain and volatile financial times.

FISCHER BLACK is regarded as one of the great innovators of modern finance theory. He is most famous for cofounding the legendary Black-Scholes equation, although he contributed much more to finance in the areas of portfolio insurance, commodity futures pricing, bond swaps, interest rate futures, and global asset allocation models. Black worked at the University of Chicago and the MIT Sloan School of Management, as well as Goldman Sachs. He received his PhD in applied mathematics from Harvard University. Black died in 1995, two years before the Nobel Prize was awarded to Myron Scholes and Robert C. Merton for their work on option pricing. Since the Nobel Prize is not given posthumously, Black was given a prominent mention for the key role he played in developing the equation.
or support indie stores by buying on
Copyright © 2020 American Booksellers Association