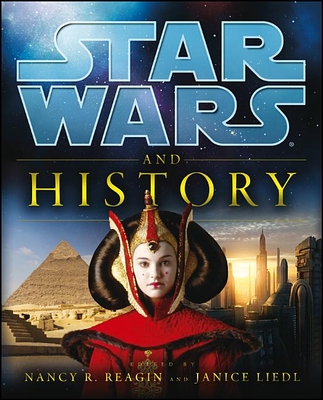 Star Wars took place long ago in a galaxy far, far away, but its epic stories are based on our own history. From Ancient Egypt and the Roman Empire to the French Revolution and the Vietnam War, Star Wars and History explores the major historical turning points, heroes, and villains in human history and their impact on the creation of the Star Wars saga. Star Wars and History shows how the atomic and hydrogen bombs led to the Death Star; how Princess Leia's leadership in the Rebel Alliance resembled the daring work of intrepid women in the French Resistance during World War II and the Mexican Revolution; historical parallels between the Jedi Code and Bushido as well as those linking the Jedi culture with that of the Templar Knights and other warrior monks; and all of the history that underlies the Star Wars galaxy. Read how our own civilization's civil wars, slavery, international corporation states, and teenage queens were transformed into the epic Star Wars history and discover how Tatooine reflects the lawless frontiers of the past and Coruscant our own history of glittering and greedy capitals.

Filled with fascinating historical comparisons and background that will take your experience of the Star Wars saga to a new level, Star Wars and History is an essential companion for every Star Wars fan.

NANCY R. REAGIN is professor of history and women's and gender studies at Pace University. She has been active in fan organizations for more years than she cares to admit; her current research project focuses on the history of fan communities since the late nineteenth century. She is the editor of Twilight and History, Harry Potter and History, and Star Trek and History. JANICE LIEDL is associate professor of history at Laurentian University. She has been an avid fan of Star Wars since the first film's 1977 release. Her present research deals with the history of English stepmothers from the sixteenth century. She contributed to both Twilight and History and Harry Potter and History and is the editor of The Hobbit and History.
Loading...
or
Not Currently Available for Direct Purchase