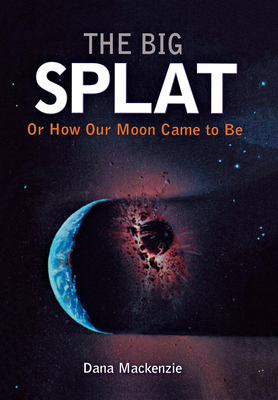 The Big Splat, or How Our Moon Came to Be

This lively science history relates one of the great recent breakthroughs in planetary astronomy-a successful theory of the birth of the Moon. Science journalist Dana Mackenzie traces the evolution of this theory, one little known outside the scientific community: a Mars-sized object collided with Earth some four billion years ago, and the remains of this colossal explosion-the Big Splat-came together to form the Moon. Beginning with notions of the Moon in ancient cosmologies, Mackenzie relates the fascinating history of lunar speculation, moving from Galileo and Kepler to George Darwin (son of Charles) and the Apollo astronauts, whose trips to the lunar surface helped solve one of the most enigmatic mysteries of the night sky: who hung the Moon?

Dana Mackenzie (Santa Cruz, CA) is a freelance science journalist. His articles have appeared in such magazines as Science, Discover, American Scientist, The Sciences, and New Scientist.

DANA MACKENZIE holds a doctorate in mathematics from Princeton University. After teaching mathematics at Duke University and Kenyon College for more than a decade, in 1997 he completed the Science Communication Program at the University of California at Santa Cruz. Since then he has been a freelance science writer, with articles appearing in such magazines as Science, Discover, American Scientist, Astronomy, and New Scientist. He lives in Santa Cruz with his wife as well as three cats and a dog.
Loading...
or support indie stores by buying on