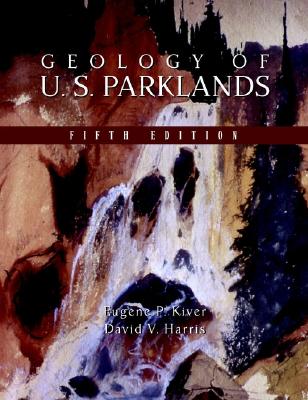 A fascinating and accessible introduction to the principles of physical and historical geology.

For the millions who visit them each year, U.S. national parklands offer a glittering spectacle of natural wonders. But beyond the spectacular scenery, these national treasures have a much bigger, more awe-inspiring tale to tell--a sprawling story of upheaval and transformation, involving forces and time-spans almost beyond imagining. The purpose of this book is to provide you with the knowledge you need to read and interpret that story, and to make visits to the parklands even more special. Requiring no prior familiarity with the geological sciences, this region-by-region exploration of the U.S. parklands teaches the principles of physical and historical geology by example. It begins with a general introduction to all important concepts, terms, and principles. In the chapters that follow, the authors take you on a tour through the geological regions of the United States. Beginning with Hawaii and the Pacific borderlands and moving progressively eastward to the Appalachian Mountains and the coastal plains of the East Coast, they provide you with a geologist's-eye view of the landforms, mountains, and bodies of water encountered in over 70 national parks and monuments, and tell the fascinating story of their evolution. Lavishly illustrated with nearly 300 stunning photographs and maps and featuring greatly expanded coverage of the geological story, history, and culture of U.S. parks and monuments, this new edition of Dr. David Harris's classic text is an ideal introduction to the principles of geology for students and nature enthusiasts alike.

EUGENE P. KIVER, PhD, is a professor of geology at Eastern Washington University in Cheney, Washington. Dr. Kiver received his doctorate in geology from the University of Wyoming. He is coauthor of the Fourth Edition of this book, and prepared the revisions of this Fifth Edition. DAVID V. HARRIS, PhD (deceased), was a professor of geology at Colorado State University from 1946 until 1976. He was the author of the first three editions of this book, and coauthor of the Fourth Edition, then titled Geologic Story of National Parks and Monuments.
Loading...
or
Not Currently Available for Direct Purchase