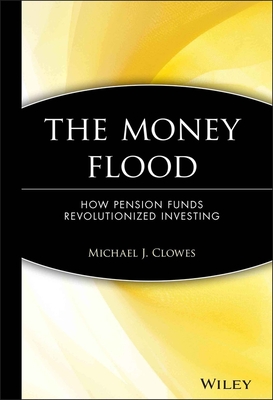 Praise for Michael J. Clowes and the money flood

"What a fine book As an active participant in the revolution in pension investing, I could almost feel the times and tides of the past half-century shifting beneath me. Mike Clowes's splendid and articulate tour through the era is destined to become a landmark on the bookshelves of everyone interested in this illuminating history of the past, as well as its portents of the future."-John C. Bogle, founder, The Vanguard Group

"The corporate pension fund ranks high among the spectacular financial innovations of the twentieth century. Mike Clowes has built a fascinating story about the impact of this flood of money on the theory and practice of investing, the financial markets, the labor force, corporate management, and the general economy. The far-reaching consequences of these changes make this authoritative and lively book must-reading for everyone."-Peter L. Bernstein, President, Peter L. Bernstein, Inc., author, Against the Gods: The Remarkable Story of Risk

"Beautifully written, broad in coverage of all the best parts of a great American story, Mike Clowes's new book gives us an easy-to-read and easy-to-enjoy explanation of who did what and when in the investment revolution of the past half-century."-Charles D. Ellis, Partner, Greenwich Associates, author, The Investor's Anthology: Original Ideas from the Industry's Greatest Minds.

MICHAEL J. CLOWES is Editorial Director of Pensions & Investments and InvestmentNews, two New York--based financial newspapers. Previously, he was editor of Pensions & Investments for eighteen years, and, as executive editor, helped start the publication in 1973. He has also worked as a staff reporter at Forbes magazine, as the U.S. correspondent for The Australian, a national daily newspaper in Australia, and he contributed the pension fund management section to The Public Money Managers Handbook. Clowes received his MBA from Columbia University and a bachelor of economics degree from the University of Sydney.
or support indie stores by buying on
Copyright © 2020 American Booksellers Association