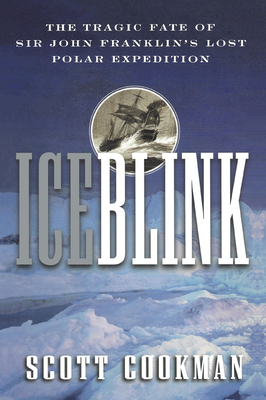 Absorbing.artfully narrat es] a possible course of events in the expedition's demise, based on the one official note and bits of debris (including evidence of cannibalism) found by searchers sent to look for Franklin in the 1850s. Adventure readers will flock to this fine regaling of the enduring mystery surrounding the best-known disaster in Arctic exploration.--Booklist ""A great Victorian adventure story rediscovered and re-presented for a more enquiring time.""--The Scotsman ""A vivid, sometimes harrowing chronicle of miscalculation and overweening Victorian pride in untried technology.a work of great compassion.""--The Australian It has been called the greatest disaster in the history of polar exploration. Led by Arctic explorer Sir John Franklin, two state-of-the-art ships and 128 hand-picked men----the best and the brightest of the British empire----sailed from Greenland on July 12, 1845 in search of the elusive Northwest Passage. Fourteen days later, they were spotted for the last time by two whalers in Baffin Bay. What happened to these ships----and to the 129 men on board----has remained one of the most enduring mysteries in the annals of exploration. Drawing upon original research, Scott Cookman provides an unforgettable account of the ill-fated Franklin expedition, vividly reconstructing the lives of those touched by the voyage and its disaster. But, more importantly, he suggests a human culprit and presents a terrifying new explanation for what triggered the deaths of Franklin and all 128 of his men. This is a remarkable and shocking historical account of true-life suspense and intrigue.

SCOTT COOKMAN is a nonfiction writer whose articles have appeared in such magazines as Field & Stream, Army, and America's Civil War. His "Man and Mission" videos, chronicling America's Mercury 7 astronauts, are the main attraction at the U.S. Astronaut Hall of Fame at Cape Canaveral.
Loading...
or support indie stores by buying on