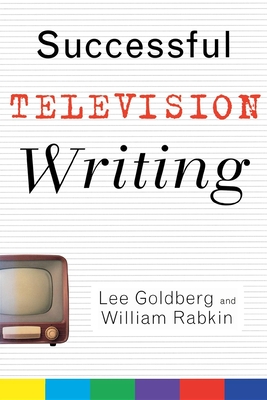 The industry speaks out about SUCCESSFUL TELEVISION WRITING Where was this book when I was starting out? A fantastic, fun, informative guide to breaking into?and more importantly, staying in?the TV writing game from the guys who taught me how to play it.
--Terence Winter, Coexecutive Producer, The Sopranos Goldberg and Rabkin write not only with clarity and wit but also with the authority gleaned from their years of slogging through Hollywood's trenches. Here is a must-read for new writers and established practitioners whose imagination could use a booster shot.
--Professor Richard Walter, Screenwriting Chairman, UCLA Department of Film and TV Not since William Goldman's Adventures in the Screen Trade has there been a book this revealing, funny, and informative about The Industry. Reading this book is like having a good, long lunch with your two best friends in the TV business.
--Janet Evanovich With sharp wit and painful honesty, Goldberg and Rabkin offer the truest account yet of working in the TV business. Accept no substitutes
--Jeffrey B. Hodes and Nastaran Dibai, Coexecutive Producers, Third Rock from the Sun Should be required reading for all aspiring television writers.
--Howard Gordon, Executive Producer, 24 and The X-Files.

LEE GOLDBERG and WILLIAM RABKIN are veteran "showrunners" whose executive producing credits include the long-running drama "Diagnosis Murder" and the action-adventure hit "Martial Law." Their writing and producing credits also include "SeaQuest 2032, Spenser: For Hire, Hunter, Baywatch, Sliders, The Cosby Mysteries, Monk, and Nero Wolfe," to name a few. Both are former journalists who covered the television industry for "Newsweek, American Film, the San Francisco Chronicle, and the Los Angeles Times Syndicate," among others. In addition, Rabkin has directed episodes of "Diagnosis Murder" and has taught a popular television writing course at UCLA. Goldberg is also a mystery novelist ("Beyond the Beyond, My Gun Has Bullets") and the author of a definitive book on television series development ("Unsold TV Pilots"). He has taught writing seminars in Seattle, Miami, Denver, and Edmonton, Canada.
Loading...
or support indie stores by buying on