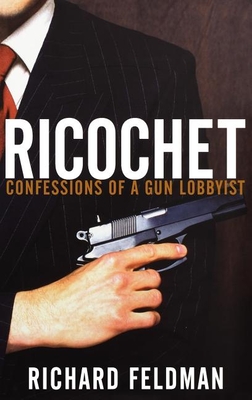 Confessions of a Gun Lobbyist

Ricochet
Confessions Of A Gun Lobbyist

""Ricochet tells the truth. With each page I can hear the echo of footsteps down the Rayburn Building's marbled halls as Feldman tells the intimate story few know and even fewer survive.""
--Jack Brooks (D-Tex.), former Chairman, U.S. House Judiciary Committee

""Ricochet casts an eye-opening spotlight on the shadowy world of behind-the-scenes gun politics. Is it accurate? Absolutely I was there.""
--John Aquilino, former Director, NRA Public Education

Richard Feldman was a regional political director for the National Rifle Association during its rise to power in the 1980s. In the 1990s he was chief lobbyist and spokesman for the firearm industry's national trade association. The founder of MLS Communications, a public relations and political consulting business, Mr. Feldman is also an attorney specializing in public affairs.
Loading...
or support indie stores by buying on