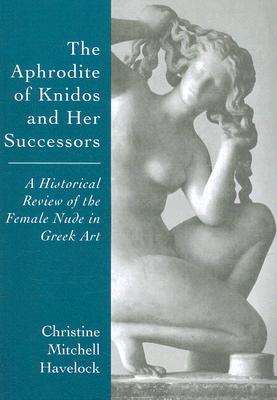 The Aphrodite of Knidos and Her Successors (Paperback)

A Historical Review of the Female Nude in Greek Art

Christine Mitchell Havelock's book takes a much- needed new look at some of the most famous icons of Western art: the nude statues that the Greeks produced to represent Aphrodite. The Aphrodite of Knidos, by master sculptor Praxiteles, is the leading example of this form. Other statues include the Capitoline and Medici Venuses, the Crouching Aphrodite and the Aphrodite of Melos--all of them indebted to Praxiteles.
The author analyzes the meaning of the pose of the Aphrodite of Knidos, the significance of her nudity, and her architectural setting. A survey of the statue's reception and interpretation in Greek, Roman, and modern times offers an entirely new perspective on this major work of art.
Among topics examined are Praxiteles' reported use of his mistress Phryne as his model, the "pudica gesture," and the importance of small-scale versions of statues for dating the larger sculptures. The author also considers the function and religious significance of the small statues, and she includes the cultural context offered by the erotic poetry of Propertius and Ovid, two Roman poets who were fascinated by the robing and disrobing of their mistresses.
The Aphrodite of Knidos is a highly readable, broad-based volume of interest to anyone familiar with classical art and the ancient world.
Christine Mitchell Havelock is Professor Emerita of Art History and Curator of the Classical Art Collection at Vassar College. She has written and lectured widely on Greek art.
or
Not Currently Available for Direct Purchase
Copyright © 2020 American Booksellers Association