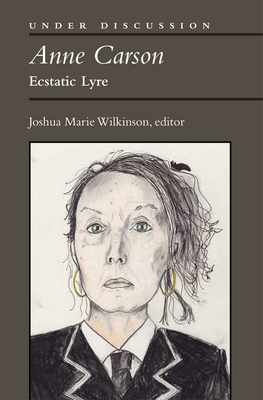 Anne Carson’s works re-think genre in some of the most unusual and nuanced ways that few writers ever attempt, from her lyric essays, enigmatic poems, and novels in verse to further forays into video and comics and collaborative performance. Carson’s pathbreaking translations of Ancient Greek poetry and drama, as well as her scholarship on everything from Sappho to Celan, only continue to demonstrate the unique vision she has for what’s possible for a work of literature to become.

Anne Carson: Ecstatic Lyre is the first book of essays dedicated to the breadth of Anne Carson’s works, individually, spanning from Eros the Bittersweet through Red Doc. With contributions from Kazim Ali, Dan Beachy-Quick, Julie Carr, Harmony Holiday, Cole Swensen, Eleni Sikelianos, and many others (including translators, poets, essayists, scholars, novelists, critics, and collaborators themselves), we learn from Carson’s greatest admirers and closest readers about the books that moved and inspired them.

Joshua Marie Wilkinson is the author of several books of poetry, and he has edited five anthologies of poetry, essays, and conversation. He lives in Tucson, where he runs a journal called The Volta and directs a small press called Letter Machine Editions. He is an assistant professor at the University of Arizona.
or
Not Currently Available for Direct Purchase
Copyright © 2020 American Booksellers Association