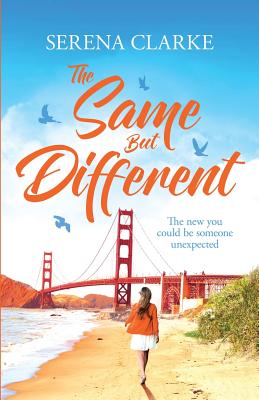 The Same But Different

A free-spirited, feel-good story for anyone who's dreamed of hitting the road in search of a new start...and maybe a new love too.The new you could be someone unexpected...Stunned by a life-changing secret and an unexpected inheritance, Cady Morrow leaves her responsible London life behind and hits the California flash mob trail. With her wild twin sister Shelby in tow, she's determined to make every day of her new start count. So when they're invited to travel on the flash mob team's luxury tour bus-in close company with Reid, a man who sets her dangerously, deliciously off-kilter-Cady grabs the chance to be a different version of herself.But uncovered secrets soon test her faith in her reinvented self, as well as in those around her. And when the flash mob implodes and Shelby goes missing, Cady has to rely on the enigmatic Reid for help-even as she doubts his motives, and her resistance to his teasing charm.Torn between two lives, she eventually learns just how different she can really be...and exactly what she'll do for the sake of a new start.

Serena Clarke writes feel-good contemporary fiction, set all over the world. Readers have described her books as engaging page-turners, with sigh-worthy happy endings that'll leave you smiling. Her own story? She's lived in thirty-nine houses, in seven cities, in four countries. She's been a riding instructor, edited a medical journal, worked at a London law firm, and taught English as a second language to wayward teenagers. And now she's found her own happy ending-living near the beach in beautiful New Zealand with her family, writing the kind of romantic, feel-good books she loves to read. She hopes you'll love them too! Find her online at www.serenaclarke.com.
Loading...
or support indie stores by buying on