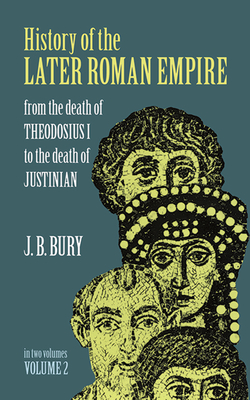 Generally acknowledged to be Professor Bury's masterpiece, this panoramic and painstakingly accurate reconstruction of the Western and Byzantine Roman empire covers the period from 395 A.D., the death of Theodosius I, to 565 A.D., the death of Justinian. Quoting contemporary documents in full or in great extent, the author describes and analyzes the forces and cross-currents that controlled Rome, Constantinople, Antioch, the Persian and Teutonic regions; the rise of Byzantine power, territorial expansion, conflict of church and state, legislative and diplomatic changes; and scores of similar topics.
Detailed coverage of such important figures as Belisarius, Justinian, Procopius, Alaric, Attila, and many others is given as well as a complete contemporary account of a visit to Attila's court. The Vandal empire, the Ostrogoths, Visigoths, Lombards, etc., are given extensive treatment. Professor Bury investigates the literary, cultural, and religious history of the period in great detail and relates it to the organization and development of the Eastern and Western empires and the diffusion of Byzantine culture into Italy.
"An important and valuable contribution to our knowledge of a period the history of which has been too much neglected." -- Classical Review.