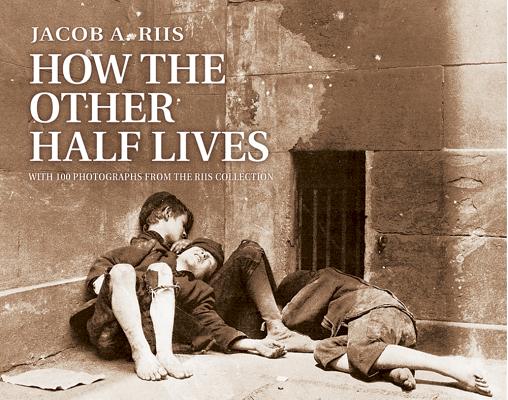 How the Other Half Lives

Jacob Riis was one of the very few men who photographed the slums of New York at the turn of the twentieth century, when as many as 300,000 people per square mile were crowded into the tenements of New York's Lower East Side. The filth and degradation made the area a hell for the immigrants forced to live there. Riis was one of those immigrants, and, after years of abject poverty, when he became a police reporter for the New York Tribune, he exposed the shameful conditions of life with which he was all too familiar. Today, he is best remembered as a compassionate and effective reformer and as a pioneer photo-journalist.
In How the Other Half Lives, New Yorkers read with horror that three-quarters of the residents of their city were housed in tenements and that in those tenements rents were substantially higher than in better sections of the city. In his book Riis gave a full and detailed picture of what life in those slums was like, how the slums were created, how and why they remained as they were, who was forced to live there, and offered suggestions for easing the lot of the poor. Riis originally documented all his studies with photographs. However, since the half-tone technique of photo reproduction had not been perfected, the original edition included mainly reductions in sketch-form of Riis' photographs. These could not begin to capture what Riis' sensitive camera caught on film. The anguish and the apathy, the toughness and the humiliation of the anonymous faces is all but obliterated in the sketches. This Dover edition includes fully 100 photographs, many famous, and many less familiar, from the Riis collection of the City Museum, and their inclusion here creates a closer conformity to Riis' intentions than did the original edition.