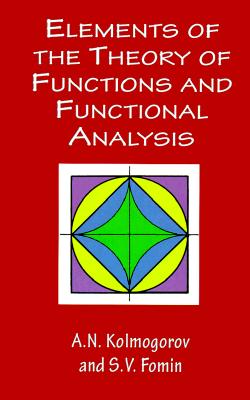 Originally published in two volumes, this advanced-level text is based on courses and lectures given by the authors at Moscow State University and the University of Moscow.
Reprinted here in one volume, the first part is devoted to metric and normal spaces. Beginning with a brief introduction to set theory and mappings, the authors offer a clear presentation of the theory of metric and complete metric spaces. The principle of contraction mappings and its applications to the proof of existence theorems in the theory of differential and integral equations receives detailed analysis, as do continuous curves in metric spaces -- a topic seldom discussed in textbooks.
Part One also includes discussions of other subjects, such as elements of the theory of normed linear spaces, weak sequential convergence of elements and linear functionals, adjoint operators, and linear operator equations. Part Two focuses on an exposition of measure theory, the Lebesque interval and Hilbert Space. Both parts feature numerous exercises at the end of each section and include helpful lists of symbols, definitions, and theorems.