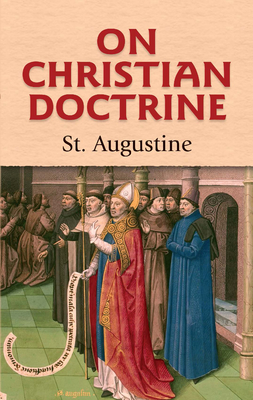 Since the dawn of the fifth century, theology students, religious scholars, and Christian readers have turned to this volume for instruction. Written by one of the foremost leaders in the development of Christian thought, it offers practical as well as theoretical guidance on how to read the Bible and explain the meaning of scripture. Augustine intended his treatise for the priests in his North African diocese of Hippo, but ultimately, the saint's counsel laid the groundwork for modern hermeneutics and semiotics.
The first of On Christian Doctrine's four parts begins with an overview of the subjects treated in holy scripture. Subsequent parts discuss signs and their recognition, the distinctions between literal and figurative expressions, and the scriptures' stylistic combination of eloquence and wisdom. Above all, Augustine's text concerns itself with the ways in which individuals can live in harmony with Jesus' teachings. Christians and non-Christians alike value this work for its role in historical theology, its influence on the development of Biblical interpretation, and its insights into the mind of a great Christian philosopher and ecclesiastic.

St. Augustine is among the most important theologians in Christendom. His concept of the church as a spiritual world, distinct from the material world, exercised a profound influence on medieval philosophy, and his Confessions are among the world's most widely read autobiographies.
Loading...
or support indie stores by buying on