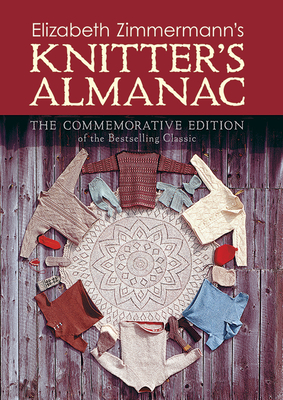 One of America's most ingenious and creative knitters presents 23 patterns in this beloved classic of knitting lore. Elizabeth Zimmermann's bestselling guide includes Aran sweaters, mittens, socks, and patterns for other items that can be followed by intermediate to advanced knitters or adapted into original works.
This commemorative hardcover edition celebrates the centenary of Elizabeth Zimmermann's birth and the 50th anniversary of the founding of her company. Its new features include color photos of the finished patterns, many of them reknit using contemporary yarns, as well as a frontispiece by Andrew Wyeth, a preface by the author's daughter, an introduction by Stephanie Pearl-McPhee, instructions for the February Lady Sweater, and other bonus items.

Elizabeth Zimmermann is famous for revolutionizing modern knitting with her books and for an instructional series on American public television.
Loading...
or
Not Currently Available for Direct Purchase