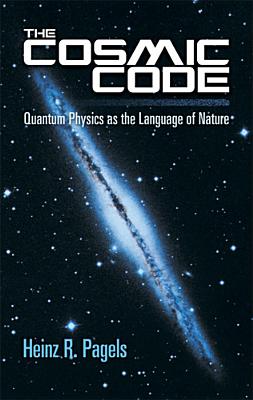 Quantum Physics as the Language of Nature (Dover Books on Physics)

The Cosmic Code can be read by anyone. I heartily recommend it -- The New York Times Book Review
A reliable guide for the nonmathematical reader across the highest ridges of physical theory. Pagels is unfailingly lighthearted and confident. -- Scientific American
A sound, clear, vital work that deserves the attention of anyone who takes an interest in the relationship between material reality and the human mind. -- Science 82
This is one of the most important books on quantum mechanics ever written for general readers. Heinz Pagels, an eminent physicist and science writer, discusses and explains the core concepts of physics without resorting to complicated mathematics. The two-part treatment outlines the history of quantum physics and addresses complex subjects such as Bell's theorem and elementary particle physics, drawing upon the work of Bohr, Gell-Mann, and others. Anecdotes from the personal documents of Einstein, Oppenheimer, Bohr, and Planck offer intimate glimpses of the scientists whose work forever changed the world.

American physicist Heinz Pagels (1939-1988) was Adjunct Professor of Physics at Rockefeller University as well as the Executive Director and CEO of the New York Academy of Sciences and President of the International League for Human Rights.
or support indie stores by buying on
Copyright © 2020 American Booksellers Association