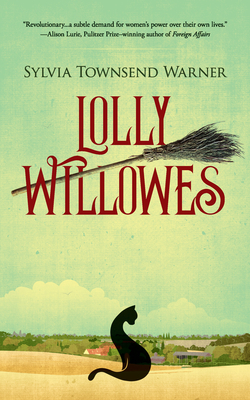 "This is the witty, eerie, tender but firm life history of a middle-class Englishwoman who politely declines to make the expected connection with the opposite sex and becomes a witch instead." -- John Updike Forty-seven-year-old Lolly Willowes is a conventional maiden aunt, an unpaid companion and babysitter to her brothers' children. After years of submission to her controlling family, she develops a longing for the countryside and dark, wild places that impels her to flee London for a remote village. Lolly soon discovers that her new neighbors are a coven of bohemian witches and eventually encounters Satan himself -- a genial country gentleman who's ready to make a pact.
The first-ever selection of the Book of the Month Club upon its 1926 publication, Lolly Willowes was a surprise international bestseller. This proto-feminist work has since been chosen as one of the Guardian's 100 Best Novels of All Time, and it remains a richly satirical novel that celebrates the joys of self-actualization. "Revolutionary ... a subtle demand for women's power over their own lives." -- Alison Lurie "Remarkable ... pungent and satisfying." -- Saturday Review

Sylvia Townsend Warner (1893-1978) was a British author who began her self-proclaimed "accidental career" as a poet after she was given paper with a "particularly tempting surface." Originally a musicologist, Warner was one of the editors of the 10-volume Tudor Church Music and was also a contributor to Grove's Dictionary of Music. Lolly Willowes, her first novel, was the first selection of the Book of the Month Club. In addition to her short stories, 144 of which appeared in the New Yorker, Warner also published many collections of short fiction, novels, volumes of poetry, and works of nonfiction, including Jane Austen: 1775-1817 and the semiautobiographical, posthumously published Scenes of Childhood.
Loading...
or support indie stores by buying on