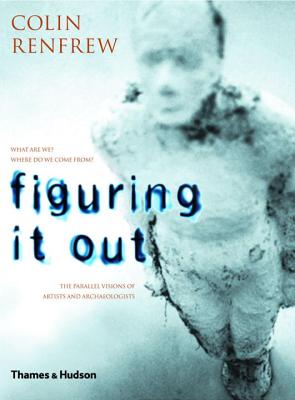 Where do we come from? What are we? Where are we going?

These questions were posed by Paul Gauguin in a famous canvas painted in Tahiti that heralded the beginning of the modernist era. But they are also the questions asked by modern prehistorians in their quest to reconstruct the human story. In Figuring It Out, Colin Renfrew investigates the profound convergence between the two disciplines, drawing illuminating parallels between the way the modern artist seeks to understand the world by acting upon it, and the way the archaeologist seeks to understand the world through the material traces of such actions.

What does the "sapient paradox"—the fact that 30,000 years passed before anatomically modern humans began to change their world—have to tell us about the unfolding of the history of our species? Why do we now find Cycladic sculpture beautiful when, merely a century ago, such work would not have been thought suitable for display in an art museum? And how is it that, in the light of Marcel Duchamp's revolutionary gallery-based gestures, the prehistoric footsteps at Laetoli have been admitted as art too, albeit of an involuntary kind? Professor Renfrew uses these questions as a springboard for his examination of the history of the human condition, a subject that can only be properly understood, he argues, through the idea of process, of Homo sapiens' active material engagement with their world.

Central to his exploration is a group of leading contemporary artists, including Richard Long, Mark Dion, Antony Gormley, Eduardo Paolozzi, and David Mach, whose works are notable for just such an engagement with their physical surroundings. Figuring It Out takes sculpture off the plinth and archaeology out of the trench, and situates the contemporary artist and archaeologist together at the center of an active endeavor to re-evaluate what it is to be human.

Colin Renfrew is Disney Professor Emeritus of Archaeology and former Director of the McDonald Institute for Archaeological Research at the University of Cambridge. He is the author and editor of many books, including Before Civilization, Archaeology and Language, and Prehistory and coeditor (with Paul Bahn) of The Cambridge World Prehistory. He is a fellow of the British Academy and a life peer in the House of Lords.
Loading...
or
Not Currently Available for Direct Purchase