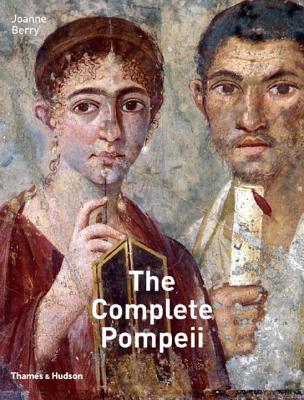 A gloriously illustrated and comprehensive survey of the most famous ancient site in the world.

The dramatic story of Pompeii's destruction has been handed down to us by Roman writers, its paintings and mosaics have astonished visitors since their discovery in the eighteenth century, and its houses and public buildings to this day present a vivid picture of life, disaster, and death in a Roman town.

Pompeii is not quite a time capsule, a frozen moment in history, but it is probably the closest we will ever get to one. This up-to-date new survey draws on evidence produced at the cutting edge of modern archaeological research, revealing how the evidence for life in this city was first uncovered, and how archaeologists over the centuries have unpeeled the layers that enable us to reconstruct Pompeii's history.

With its lavish illustrations, covering monumental architecture and inscriptions, shops, graffiti, wall-paintings, and mosaics, plus its numerous box features ranging from theatrical entertainments to water supply, The Complete Pompeii is the ultimate resource and inspirational guide to this iconic ancient town.

Among the many topics covered:

Joanne Berry teaches ancient history and archaeology at Swansea University. She is the author of The Complete Pompeii and co-author of The Lives of the Romans, both published by Thames & Hudson.
or support indie stores by buying on
Copyright © 2020 American Booksellers Association