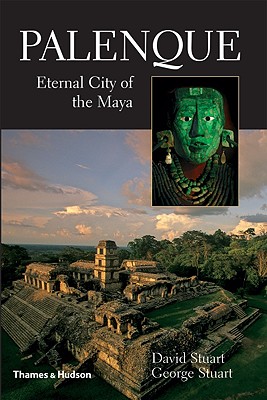 Eternal City of the Maya

The story of the city's rediscovery, deep in the forest-clad mountains of southeastern Mexico, told with panache by two leading Maya scholars.

Sunday, June 15, 1952. Having spent four years clearing a secret passage inside Palenque's Temple of the Inscriptions, Mexican archaeologist Alberto Ruz gazed into a vaulted chamber. There, beneath a gigantic carved stone block, he would make a spectacular discovery: the intact burial of King Pakal, complete with jade jewelry and an exquisite burial mask.

Pakal was one of the greatest ancient rulers and the most prominent among a long line of monarchs who held sway at Palenque from AD 300 to 800. This "queen of Maya cities," as Palenque has been called, fell into ruin and was abandoned along with other great urban centers when Maya civilization suffered a mysterious collapse more than 1000 years ago.

Through the eyes of David and George Stuart, we travel with pioneer artists and archaeologists from the eighteenth century on as they rediscovered Palenque and attempted, in the oppressive tropical heat, to document the city's graceful and ornate palaces, temples, bas-reliefs, and hieroglyphic inscriptions. These inscriptions lay largely unread until, in the late twentieth century, major breakthroughs in decipherment revealed Palenque's history. David Stuart, one of the leading decipherers, portrays a lost world of palace intrigue, of brilliant architects, of gods and revered ancestors.

Today Palenque, proclaimed a UNESCO World Heritage Site, is a place of new reverence and relevance for millions of modern Maya, New Age spiritualists, and all those fascinated by the history of the Maya.

David Stuart is Professor of Mesoamerican Art and Writing at the University of Texas, Austin.

George Stuart is founding president of the Center for Maya Research in North Carolina and the former Staff Archaeologist of the National Geographic Society.

Praise For Palenque: Eternal City of the Maya…

The story of a great ancient city that should not be missed.
or support indie stores by buying on
Copyright © 2020 American Booksellers Association