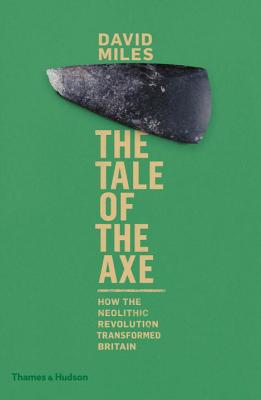 The Tale of the Axe

How the Neolithic Revolution Transformed Britain

How the New Stone Age shaped our world

Approximately 12,000 years ago, early humans in western Asia and Europe who had been itinerant foragers, subsisting on what food they could find, slowly began settling in one place. They farmed and domesticated animals, created new tools, built monuments, and began preserving and storing food. What brought about this shift? What difference did it make to the overall population? And what effects did this Neolithic Revolution have on generations to come?

The Tale of the Axe explores the New Stone Age—named for the new types of stone tools that appeared at that time, specifically the ground stone axe—taking Britain as its focus. David Miles takes the reader on a journey through Neolithic Britain by way of its ancestors, geographical neighbors, and the species from which humans emerged before turning an eye to the future and those aspects of the Neolithic Revolution that live on today: farming, built communities, modern man, and much more.

David Miles held the role of chief archaeologist at English Heritage from 1999; and was the director of the Oxford Archaeological Unit. His books include The Tale of the Axe: How the Neolithic Revolution Transformed Britain.
Loading...
or
Not Currently Available for Direct Purchase