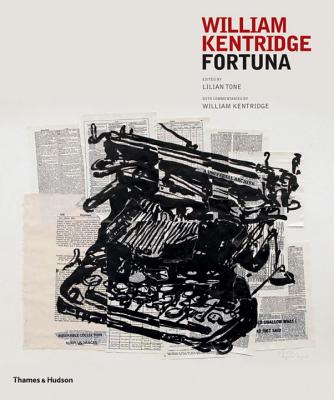 A rich and compelling survey of one of the most significant artists at work today, supplemented by a chronology that includes Kentridge's key solo and group exhibitions as well as his film and theatrical performances

This, the first major monograph on the widely acclaimed South African artist William Kentridge, brings together nearly two hundred of his works made between 1989 and 2012. Exploring Kentridge's diverse expressions across a wide range of media, from film and video to sculpture, design, drawing, and printmaking, the book is lavishly illustrated with more than 2,000 images. It reveals Kentridge's love of contradiction and uncertainty, his work moving variously between the personal and political, the static and temporal, the humorous and profound, the real and metaphorical, and between acts of making and of disassembling or erasure.

Kentridge's dynamic way of working in his Johannesburg studio is revealed, a creative process that can be described as an act of performance during which he searches for forms of expression for his powerful and poetic ideas. His own lively commentaries accompany his works, offering indispensable insights into his working methods and creative thinking. Essays by Lilian Tone and Kate McCrickard put his practice into wider context, investigating the conceptual and visual tendencies in Kentridge's work, and the relationship between his art and his native South Africa.

Lilian Tone is a curator and art writer. Her published work includes articles, interviews and essays for exhibition catalogs and other publications. She is a curator in the Department of Painting and Sculpture at The Museum of Modern Art.

William Kentridge (b. 1955) is South Africa's most well-known living artist. He has had solo exhibitions across the world, including at the Museum of Modern Art, Museum of Contemporary Art, Chicago; the New Museum; San Francisco Museum of Modern Art; Modern Art Museum of Fort Worth; Norton Museum of Art, West Palm Beach; and Philadelphia Museum of Art. Kentridge has been the recipient of numerous prizes including the Kaiserring Prize (2003), the Carnegie Prize, the Carnegie International (2000), Standard Bank Young Artist Award (1987) and the Red Ribbon Award for Short Fiction (1982). He lives and works in Johannesburg.

One of the most tough-minded and poetic artists of our time, Kentridge is well served by this handsome summary of his work to date.

Fortuna . . . takes a determinedly artist-focused approach. Featuring a number of insightful commentaries by Kentridge . . . the book is organized around his intuitive studio method of 'directed' discovery or 'fortuna'.

Kentridge is a bottomless well of philosophical speculation and image creation whose commentaries provide a primer on how one of the most significant artists alive conceives and creates.

This first major monograph on the widely acclaimed South African artist William Kentridge brings together nearly 200 of his works made between 1989 and 2012.

Tone brings together the subtext behind the approximately 200 pieces depicted in the exhibition, describing Kentridge’s artistic process and personal history.
or
Not Currently Available for Direct Purchase
Copyright © 2020 American Booksellers Association