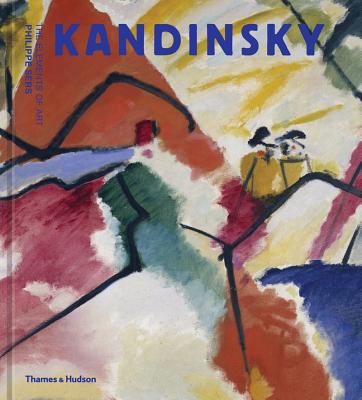 The Elements of Art

An authoritative chronology of the iconic work of one of the great figures of twentieth-century modernism, Wassily Kandinsky

The richness of Wassily Kandinsky’s life, work, and intellect make him one of the leading figures of twentieth-century art. He was a founding member of the artistic group Der Blaue Reiter (The Blue Rider), and his theories influenced many of the major artistic movements of his time, including Dada, the Bauhaus, De Stijl, and Russian Constructivism. A man of diverse interests, he was a friend to artists such as Marcel Duchamp and Paul Klee and had fruitful relationships with contemporary musicians including Arnold Schoenberg and Thomas de Hartmann.

This book traces the chronological evolution of Kandinsky’s art, making use of an unprecedented wealth of documents from the artist’s own workshop—including autobiographical writings, correspondence, and theoretical essays—to shed new light on his prolific creative imagination. Kandinsky divided his work into three categories: impressions (observations of the exterior world), improvisations (expressions of inner feeling), and compositions (images on a grander scale that brought inner and outer visions together).

Generously illustrated throughout, this book uncovers the well of symbolic imagery that lies behind Kandinsky’s paintings, prints, and poetry and explores his passionate belief in the spiritual and harmonizing power of art.

Philippe Sers is a philosopher, art historian, and publisher with a special interest in the work of Wassily Kandinsky. He has written many books and articles, and currently lectures in history and philosophy of art at the École Nationale Supérieure des Beaux-Arts, Paris.
or support indie stores by buying on
Copyright © 2020 American Booksellers Association