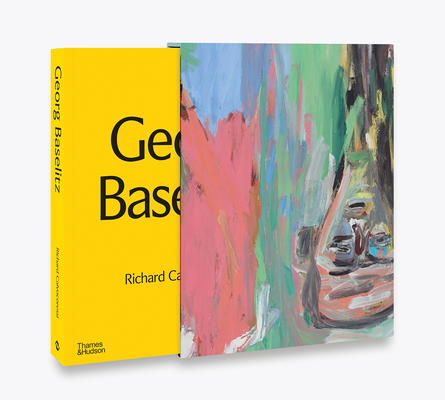 An extensive monograph on one of the most influential and respected artists of our time, Georg Baselitz, who helped define postwar painting.

Prolific artist Georg Baselitz has redefined the conventions of painting and sculpture over the course of his sixty-year career. Born in 1938, Baselitz was expelled from art school in East Berlin in 1956 for “socio-political immaturity,” and moved to the western half of the city. By the late 1950s, he created a striking, identifiable style by reintroducing figurative images into his art. Through his style, he proposed an alternative to the modern European tradition by embracing the human subject. Baselitz’s work also engages with movements in German painting such as expressionism and with painters like Edvard Munch, while reacting to the political and cultural fallout from World War II.

This long-awaited monograph follows the development of Baselitz’s unique style from his earliest work through his most recent creations in his eighth decade. Richard Calvocoressi’s masterful construction of a chronological narrative helps unpack the artist’s work in terms of the disruptions in his life—the historical upheavals he witnessed alongside his astonishing career.

Richard Calvocoressi is currently a director at Gagosian Gallery and is a former director of the Scottish National Gallery of Modern Art. He has published works on Baselitz and his contemporaries A. R. Penck, Markus Lüpertz, and Anselm Kiefer. As the curator responsible for German art at Tate, Calvocoressi was instrumental in the acquisition of Baselitz’s works for the UK national collection.
Loading...
or support indie stores by buying on