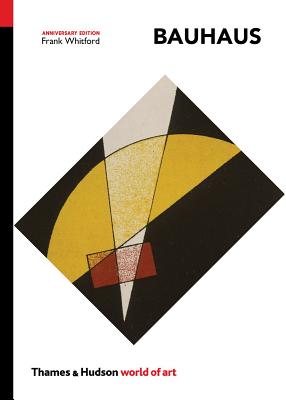 An accessible history of the Bauhaus, tracing the ideas behind its conception and its highly influential teaching methods.

The aesthetic of our contemporary environment, including everything from housing estates to furniture and newspapers, is partly the result of a school of art and design founded in Germany in 1919, the Bauhaus. While in operation for only fourteen years, shut down by the Nazis in 1933, the school left an indelible mark on design and the practice of art education throughout the world.

Placing Bauhaus into its sociohistorical context, Frank Whitford traces the ideas behind the school’s conception and describes its teaching methods. He examines the activities of the teachers—who included eminent artists such as Paul Klee, Josef Albers, and Wassily Kandinsky—and the daily lives of the students.

Reissued and revised to mark the centenary of the founding of the Bauhaus, this is an accessible introduction to perhaps the most significant design movement of the last hundred years.

Frank Whitford was born in 1941 and educated at Wadham College, Oxford; the Courtauld Institute, London; and the Freie Universita¨t, Berlin. He worked as a cartoonist for the Sunday Mirror and the London Evening Standard until 1970, when he became a lecturer in the history of art at the Slade School, University College London. From 1975, he was a senior lecturer at Homerton College, Cambridge, and from 1981, he was a visiting tutor at the Royal College of Art in London. He died in 2014
or support indie stores by buying on