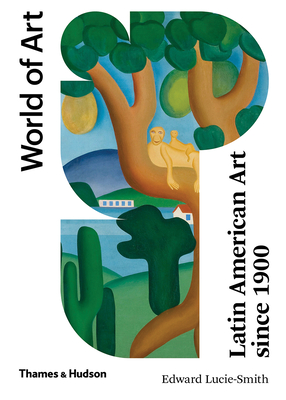 An extraordinary synthesis of more than a century’s worth of art across Central and South America, Latin American Art Since 1900 covers everyone from popular figures such as Diego Rivera and Frida Kahlo, to a wide range of other artists who are less well-known outside Latin America.

In this classic survey, now updated with full-color images throughout, Edward Lucie-Smith introduces the art of Latin America from 1900 to the present day.

Lucie-Smith examines major artists such as Diego Rivera and Frida Kahlo, as well as dozens of less familiar Latin American artists and exiled artists from Europe and the United States who spent their lives in South America, such as Leonora Carrington. The author explains the political context for artistic development and sets the works in national, cultural, and international frameworks. Featured in this book are the artists who have searched for indigenous roots and local tradition; explored abstraction, expressionism, and new media; entered into dialogue with European and North American movements, while insisting on reaching a wide, popular audience for their work; and created an energetic, innovative, and varied art scene across the South American continent.

With a new chapter that extends the discussion into the twenty-first century, a constant theme of Latin American Art Since 1960 is the embrace of the experimental and the new by artists across Latin America.

Edward Lucie-Smith is well-known as a poet, novelist, biographer, broadcaster, and critic, and he is the author of numerous books, among them The Thames & Hudson Dictionary of Art Terms, Furniture: A Concise History, Movements in Art Since 1945, Symbolist Art, and Sexuality in Western Art (all in the World of Art series).
or support indie stores by buying on
Copyright © 2020 American Booksellers Association