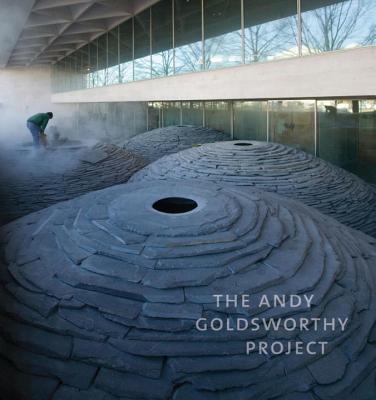 The first significant scholarly volume devoted to Goldsworthy's work in nearly twenty years and the first to underscore the permanent output of this acclaimed artist.

In January 2003 British sculptor Andy Goldsworthy was invited to create a work of art for the National Gallery of Art. The project began with a series of ephemeral works on Government Island in Stafford County, Virginia. From this phase a series of photographic suites and a diary remain. The second phase of the project resulted in Roof, a permanent, site-specific sculpture at the National Gallery comprising nine stacked-slate domes installed over the course of nine weeks by Goldsworthy, his assistant, and a group of British drystone wallers in the winter of 2004-2005.

This volume traces the development of Goldsworthy's project at the National Gallery from conception to completion and situates the artist's sculpture and practice within an age-long tradition of structures. It features the only fully illustrated catalogue documenting Goldsworthy's permanent installations-more than 120 works dating from 1984 to 2008 and spanning three continents.

Molly Donovan is associate curator of modern and contemporary art at the National Gallery of Art.

Tina Fiske is based at the University of Glasgow, where she lectures in art history.

Martin Kemp is emeritus research professor in the history of art at Oxford University. He is a leading authority on Leonardo da Vinci and his bibliography on the artist includes Leonardo; Leonardo da Vinci: Experience, Experiment, Design; and La Bella Principessa: The Story of the New Masterpiece by Leonardo da Vinci.

John Beardsley is director of garden and landscape studies at Dumbarton Oaks and senior lecturer in the department of landscape architecture at Harvard University Graduate School of Design.

Praise For The Andy Goldsworthy Project…

An excellently researched catalogue. Will serve
as a milestone for documentary reasons

The photography is uniformly outstanding, a hallmark of Goldsworthy literature…A worthy purchase for all libraries with contemporary art collections.
or
Not Currently Available for Direct Purchase
Copyright © 2020 American Booksellers Association