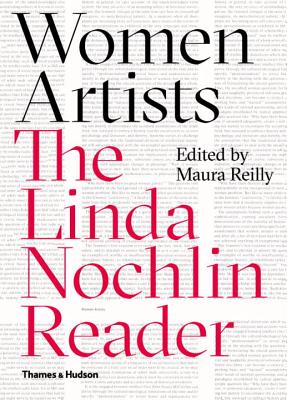 The first comprehensive anthology of art historian Linda Nochlin’s work, including her landmark essays on the position and influence of women artists

Linda Nochlin is one of the most accessible, provocative, and innovative art historians of our time. In 1971 she published her essay “Why Have There Been No Great Women Artists?”—a dramatic feminist call-to-arms that called traditional art historical practices into question and led to a major revision of the discipline.

Women Artists brings together twenty-nine essential essays from throughout Nochlin’s career, making this the definitive anthology of her writing about women in art. Included are her major thematic texts “Women Artists After the French Revolution” and “Starting from Scratch: The Beginnings of Feminist Art History,” as well as the landmark essay and its rejoinder “‘Why Have There Been No Great Women Artists?’ Thirty Years After.” These appear alongside monographic entries focusing on a selection of major women artists including Mary Cassatt, Louise Bourgeois, Cecily Brown, Kiki Smith, Miwa Yanagi, and Sophie Calle.

Readers will be delighted by this opportunity to watch Nochlin’s ideas advance over the decades. . . . Nochlin is far from a one-note theorist; her concerns are varied and her thinking incisive.
— Publishers Weekly

Nochlin writes with a dazzling mix of erudition and candor, but what’s most remarkable about her work is that it’s driven by an exhaustive investigation as to why and how certain artworks have been meaningful to her. Meditations on fashion, exclusion, decoration, bodies and touch run throughout Nochlin’s work. Ideas arrived at through scholarship recur in personal correspondence and anecdote. None of these essays seem dated. An inventor of feminist art history, Nochlin took the ’60s precept that ‘the personal is political’ to heart, but it’s her commitment to clarity, investigation and active thought that makes her work so contemporary today.
— The New York Times Book Review

Perhaps the best introduction to art historical analysis on the ‘social construction’ of the women artist, Women Artists: The Linda Nochlin Reader is also an outstanding overview of feminist art practice since the 1970s … an essential resource and a pleasure to read.

Linda Nochlin was the Lila Acheson Wallace professor of modern art emerita at New York University’s Institute of Fine Arts. Her publications include The Body in Pieces: The Fragment as a Metaphor of Modernity; Women, Art and Power and Other Essays; The Politics of Vision: Essays on Nineteenth-Century Art and Society; Courbet; Mise`re: The Visual Representation of Misery in the 19th Century; and Women Artists: The Linda Nochlin Reader. Her essay “Why Have There Been No Great Women Artists?” is considered one of the most in influential texts in modern art history.

Maura Reilly is a curator and arts writer, and executive director of the National Academy of Design in New York. As the founding curator of the Sackler Center for Feminist Art at the Brooklyn Museum, she launched the first exhibition and public programming space in the USA devoted entirely to feminist art, where she organized multiple exhibitions, including the permanent installation of Judy Chicago’s Dinner Party and the blockbuster Global Feminisms (co-curated with Linda Nochlin.) Reilly has authored and edited many books and articles on contemporary art, including most recently Women Artists: The Linda Nochlin Reader (Thames & Hudson, 2015). She is the recipient of several prestigious awards, including a Lifetime Achievement Award from the Women’s Caucus for Art, and in 2015 was voted one of the 50 most powerful people in the art world by both Blouin Art Info and Art+Auction. She received her MA and PhD from the Institute of Fine Arts at New York University.
Loading...
or
Not Currently Available for Direct Purchase