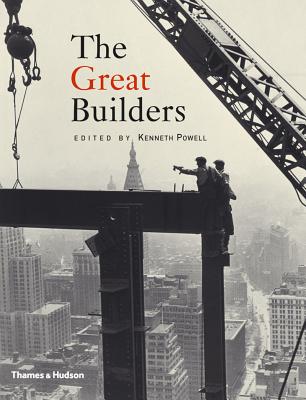 Celebrates the creations of forty architect-engineers who have been pioneers in aesthetic design and the application of materials.

Seven hundred years of architectural innovation make for an international survey of spectacular scope and depth, from the dome of St. Paul’s cathedral to the arresting angles of the Sydney Opera House, from the monumental Taj Mahal to Kengo Kuma’s attempts “to erase architecture,” to fortresses, bridges, and skyscrapers.

The contributors include practicing architects and leading academics, and their essays focus on the architects and engineers through history who have shaped and transformed the built environment. More than two hundred illustrations of structures famous, revolutionary, and surprising—including original drawings and prints and modern photography—bring the works to life.

Architectural structures both subtle and spectacular have always been designed with an audience in mind, an intent to influence the way we see, think, move, and interact; and the builders themselves can be as fascinating as their creations. Mathematician and visionary, philosopher and ecologist, nationalist, modernist, rationalist, deconstructivist: the characters behind the buildings are many and varied.

Kenneth Powell is a British architecture critic, journalist, and writer. His many books include New London Architecture, City Reborn, Culture of Building, The Great Builders, and a multivolume monograph on Richard Rogers.

Praise For The Great Builders…

The writing . . . is uniformly accessible and intelligently distills major achievements.

This book contains much well-known information, but its historical architectural continuum could inspire architecture, engineering, and construction students.

The study fascinates most when detailing dreams deferred—for example, Schinkel’s unbuilt Crimean palace for Tsarina Alexandra and the 'Plan for Tokyo' by Kenzo Tange that’s hard to fathom.
or
Not Currently Available for Direct Purchase
Copyright © 2020 American Booksellers Association