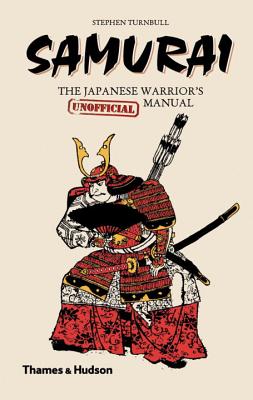 Combines the latest research with contemporary lives, descriptions, and reconstructions to provide a dramatic picture of what it was like to be a samurai.

So you think you’d like to be a samurai?

It’s 1615 and the samurai, Japan’s elite fighting class, are at the zenith of their powers. Trained in every manner of combat, from sword fighting and archery to karate and jujitsu, the samurai warrior is the emperor’s last line of defense against the lewd and sordid barbarians of Japan and beyond.

This handy manual tells you everything you need to know about maintaining the honor of the samurai class both on and off the battlefield.

• How to master the Way of the Warrior

• Whom you should kill, and what to do with the heads afterward

• What the cultured samurai does between battles

• How to storm or lay siege to a castle

• How to conduct a tea ceremony with Zen-like composure

Stephen Turnbull is a writer and historian specializing in military history, particularly that of Japan. He is a lecturer on Japanese religion at Leeds University and a visiting professor of Japanese studies at Akita International University in Japan. He is the author of many other books on Japan and warriors, including Samurai: The Japanese Warrior’s (Unofficial) Manual, and he presented the inaugural lecture for the International Ninja Research Center at Mie University, Japan.
or
Not Currently Available for Direct Purchase
Copyright © 2020 American Booksellers Association