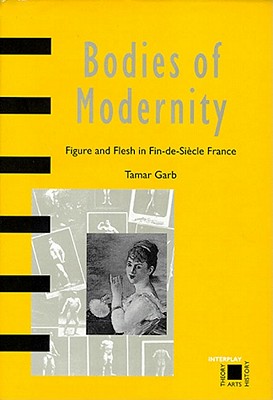 Figure and Flesh in Fin-de-Siecle France

Bodies of Modernity explores the ways in which men's and women's bodies are represented in late nineteenth-century France.

Thought to be unequivocally different from one another, modern men and women were expected to express their sexuality and social positions in the clothes they wore, the poses they struck, and the behavior they exhibited. In a series of case studies, Bodies of Modernity looks at works by Cezanne, Renoir, Seurat, Tissot, and Caillebotte as well as photographs of male body builders to establish an image of the modern body. Well-known works such as Renoir's Nude in the Sunlight, Seurat's Young Woman Powdering Herself, and Cezanne's Large Bathers are given new interpretations, while lesser known paintings like Tissot's series on The Women of Paris or Caillebotte's iconoclastic Man at the Bath are looked at seriously for the first time.

Bodies of Modernity is an original account of one of the best-loved periods in Western art history. By taking "figure and flesh" as its focus, it bypasses traditional art historical categories and style labels to provide a reading of the work of the Impressionists and their contemporaries that gets to the heart of French society of the period.

Tamar Garb is Reader in the History of Art at University College London and author of Sisters of the Brush and Bodies of Modernity, among many publications on late nineteenth-century art and culture.
or
Not Currently Available for Direct Purchase
Copyright © 2020 American Booksellers Association