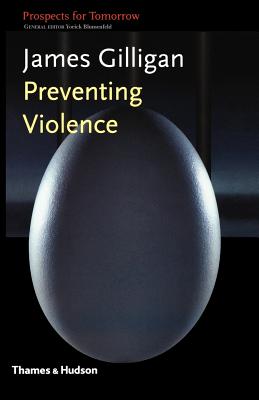 In this controversial and compassionate book, the distinguished psychiatrist James Gilligan proposes a radically new way of thinking about violence and how to prevent it.

Violence is most often addressed in moral and legal terms: "How evil is this action, and how much punishment does it deserve?" Unfortunately, this way of thinking, the basis for our legal and political institutions, does nothing to shed light on the causes of violence. Violent criminals have been Gilligan's teachers, and he has been their student. Prisons are microcosms of the societies in which they exist, and by examining them in detail, we can learn about society as a whole. Gilligan suggests treating violence as a public health problem. He advocates initiating radical social and economic change to attack the root causes of violence, focusing on those at increased risk of becoming violent, and dealing with those who are already violent as if they were in quarantine rather than in constraint for their punishment and for society's revenge. The twentieth century was steeped in violence. If we attempt to understand the violence of individuals, we may come to prevent the collective violence that threatens our future far more than all the individual crimes put together.

James Gilligan has been on the faculty of the Harvard Medical School since 1965. He has served as a consultant and advisor to Tony Blair and the Law Lords in the UK; the International Criminal Tribune for the former Yugoslavia in The Hague; the American Bar Association and many state legislatures, sheriffs' departments and police comissioners. He is the author of Violence: Our Deadly Epidemic and its Causes.
or support indie stores by buying on