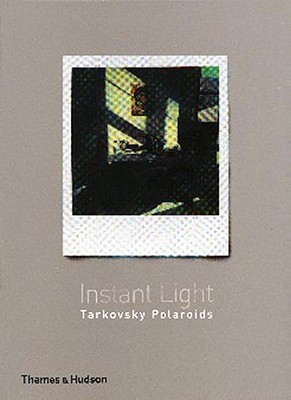 "Tarkovsky often reflected on the way that time flies and wanted to stop it, even with these quick Polaroid shots. The melancholy of seeing things for the last time is the highly mysterious and poetic essence that these images leave with us. It is as though Andrei wanted to transmit his own enjoyment quickly to others. And they feel like a fond farewell."Tonino Guerra, from the Introduction

This beautifully produced book comprises sixty Polaroid photographs of Andrei Tarkovsky's friends and family, taken between 1979 and 1984 in his native Russia and in Italy, where he spent time in political exile.The size of the Polaroids is exactly as presented in the book, including the frame. The book may therefore be viewed as a facsimile edition. 60 color illustrations.

Giovanni Chiaramonte is a distinguished Italian photographer. His images center around the relationship between place and destiny in Western civilization, a theme he shares with Andrey Tarkovsky.

Andrey Tarkovsky was a Russian director, writer and actor. He is regarded as one of the most important and influential filmmakers of the Soviet era in Russia and one of the greatest in movie history. Among his films are Solaris, Mirror, Stalker, and Nosalghia. He died in 1986.