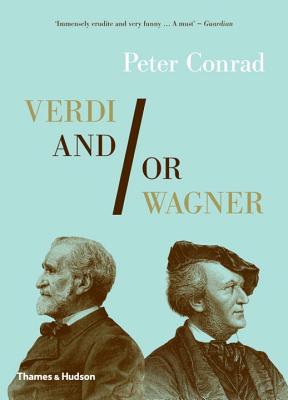 “Offers beautifully written considerations of the masters’ affinities and divergences and much else besides.” —Operavore

This is the first book to compare these two composers and cultural heroes, both of whom were born in 1813 and achieved huge national and international renown in their lifetimes. Yet not only did they never meet, but the differences between them—in music, culture, environment, significance, and legacy—were profound.

Peter Conrad begins his tale in a public park in Venice, home to a pair of statues of the composers that are positioned so as to appear to shun each other. This provides a fitting starting point for his argument that they represent two opposite yet equally integral and compelling dimensions of European culture: north versus south, cerebral versus sensual, proud solitude versus human connection, epic mythmaking versus humane magnanimity.

The book is a richly argued tour de force that engages passionately and profoundly with music, biography, history, politics, philosophy, psychology, and culture in the broadest sense. As Conrad concludes, “At one time or another, if not simultaneously, we still need the two contradictory, complementary kinds of music that Verdi and Wagner left us.”

Peter Conrad is the author of over twenty books, including Creation, How the World Was Won, and Verdi and/or Wagner.
or
Not Currently Available for Direct Purchase
Copyright © 2020 American Booksellers Association