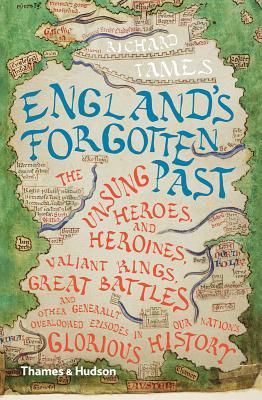 The Unsung Heroes and Heroines, Valiant Kings, Great Battles and Other Generally Overlooked Episodes in That Nation's Glorious History

This new paperback delves into England’s forgotten history bringing to light some of the most colorful characters and intriguing episodes of English life.

England is a small country with a big history. Unfortunately, of the millions of people who have collectively made the nation what it is, the history books remember only a handful. Along the way, we lose sight of some of the most colorful characters and intriguing episodes of English life. Did you know that for three centuries no king of England spoke English as his first language? Or that Charles II spent two million pounds trying to build an English settlement in Tangiers? Can you say where England’s bloodiest battle took place? Or how the legend of King Arthur came about?

If not, England’s Forgotten Past is the book for you. An entertaining tour through the forgotten episodes of English history, this new paperback edition tells a wide range of informative stories, from rogue elements in the royal family to the celebrities of yesteryear. It also looks at the everyday lives of ordinary people—those who manned the ships, worked the land, and fought the wars. Packed with fascinating facts, amusing anecdotes, tales of derring-do, and the occasional villain, England’s Forgotten Past will delight anyone interested in the rich untold history of England.

Richard Tames is a Lecturer on London’s history for the Institute of Tourist Guiding. He has written over twenty books on different aspects of English history, including Shakespeare’s London on 5 Groats a Day.
or
Buy Here
Copyright © 2020 American Booksellers Association