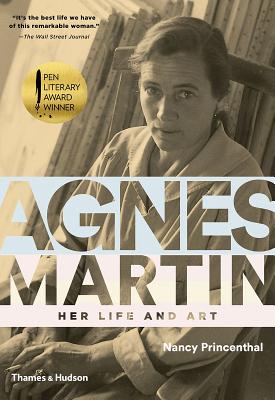 Her Life and Art

For the first time in paperback, the PEN award-winning biography of visionary artist Agnes Martin, one of the most original and influential painters of the postwar period.

Over the course of a career that spanned fifty years, Agnes Martin’s austere, serene work anticipated and helped to define Minimalism, even as she battled psychological crises and carved out a solitary existence in the American Southwest. Martin identified with the Abstract Expressionists but her commitment to linear geometry caused her to be associated in turn with Minimalist, feminist, and even outsider artists. She moved through some of the liveliest art communities of her time while maintaining a legendary reserve. “I paint with my back to the world,” she says both at the beginning and at the conclusion of a documentary filmed when she was in her late eighties. When she died at ninety-two, in Taos, New Mexico, it is said she had not read a newspaper in half a century.

Agnes Martin, the recipient of two career retrospectives as well as the National Medal of the Arts, was championed by critics as diverse in their approaches as Lucy Lippard, Lawrence Alloway, and Rosalind Krauss. The whole engrossing story, now available in paperback, Agnes Martin is essential reading for anyone interested in abstract art or the history of women artists in America.

Nancy Princenthal is a New York–based writer. A former senior editor of Art in America, where she remains a contributing editor, she has also written for the New York Times, Parkett, the Village Voice, and many other publications. She is currently on the faculty of the MFA art writing program at the School of Visual Arts. Her previous book, Agnes Martin, won 2016 PEN/ Jacqueline Bograd Weld award for biography.
Loading...
or support indie stores by buying on