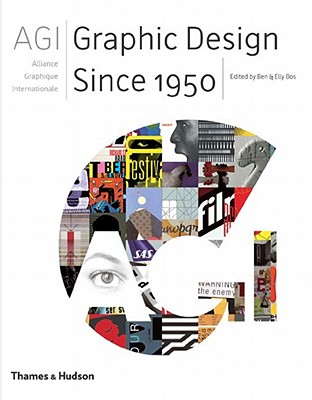 The history of the most important design association in the world and its members: AGI.

AGI (Alliance Graphique Internationale) was founded in 1951 by a small, select group of French and Swiss graphic designers. Since then AGI has invited some 600 designers from more than thirty countries to join its ranks.

Together the members of AGI have written a significant part of the history of graphic design since the mid-twentieth century. This book tells the story of their accomplishments through a series of richly illustrated biographies, plus essays by prominent AGI members on past and present developments in visual communication.

Ben Bos was admitted to the AGI in 1978, and has been a practicing designer for over fifty years. Eye magazine described him as 'a Renaissance man: designer, journalist, copywriter, photographer, studio manager, initiator and chairman of the Nederlands Archief Grafisch Ontwerpers'. He is now also painting.

Elly Bos is a renowned Dutch artist.
Loading...
or
Not Currently Available for Direct Purchase