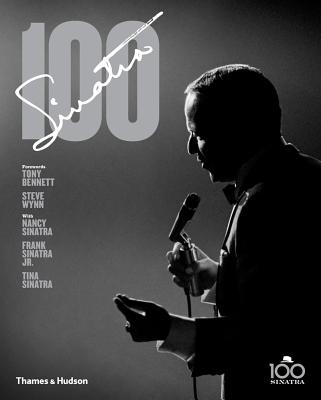 On the centennial of his birth, Sinatra 100—with the participation of his three children—is an intimate and dramatic visual portrait of Frank Sinatra, revealing many of the previously unseen moments in a remarkable life. Of course, Sinatra’s legacy speaks for itself. An entertainer of mesmerizing talent, charisma, and style, he is one of the best-selling recording artists of all time, and Academy Award-winning actor, and a cultural icon.

From inciting bobby-soxer riots and achieving teen idol status in the 1940s to the incredible recording career, the film career, the Rat Pack and Las Vegas, Sinatra 100 has the unseen photographs (and the iconic ones) as well as a rare trove of memorabilia and ephemera—over half of it never before published. With a majority of the text based on unpublished personal interviews and conversations with Frank Sinatra and his friends, family, and colleagues, Sinatra 100 unparalleled in its scope and depth. It’s the ultimate Sinatra gift, both for the fans who think they’ve seen it all and those just discovering this inimitable artist.

A thorough and loving tribute… If an ardent admirer needed just one book to put the performer’s career into perspective, this would be it. With an almost perfect blend of text and images, this is a book every fan will love.
— Library Journal

Charles Pignone’s lollapalooza of a tome, Sinatra 100 looks like the toast of the town.
— Library Journal

Created by the vice president of Frank Sinatra Enterprises with help of Sinatra’s three children, this work includes previously unseen photographs, memorabilia and ephemera—over half never before published—and a text drawing from unpublished personal interviews and conversations with Sinatra and his friends, family, and colleagues.
— Library Journal

Charles Pignone is a producer and writer. He is the author of the New York Times bestseller The Sinatra Treasures, The Sinatra Family Photo Album and co-author of The Copa: Jules Podell and The Hotteset Club North Of Havana. He has produced numerous albums and box sets including Frank Sinatra: Nothing But The Best, Sinatra: Vegas and the 2011 television special Sinatra Sings. Pignone has been associated with the Sinatra family for over thirty years and is the senior vice president of Frank Sinatra Enterprises.
Loading...
or
Not Currently Available for Direct Purchase