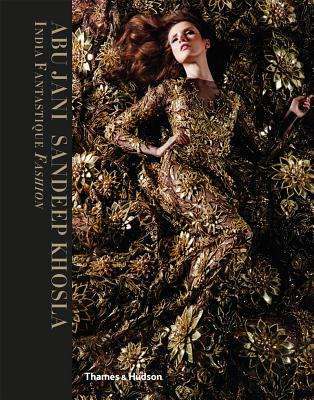 For the past thirty years, Abu Jani and Sandeep Khosla have made their mark on the fashion industry by bringing the best of traditional Indian crafts to the world of high fashion: traveling to remote regions, identifying age-old local arts, and executing them to a couture standard in their stunning collections. Their unique designs encompass details such as Indian mirrorwork, chikan and zardozi embroidery, and Swarovski crystals.

Originally published as part of a two-volume set and now available as a stand-alone volume focusing on fashion, this celebratory publication showcases their exuberant talents. On display are dozens of the duo’s classically elegant, feminine designs, including specially photographed close-ups of exquisitely crafted details.

Abu Jani began his career as a costume designer in the film industry. He met Sandeep Khosla in 1986 and they have worked together ever since, specializing in couture clothing design and dressing such movie greats as Judi Dench, Maggie Smith, and Sophie Marceau.

Sandeep Khosla started out in his family’s leather business. He met Abu Jani in 1986 and they have worked together ever since, specializing in couture clothing design and dressing such movie greats as Judi Dench, Maggie Smith, and Sophie Marceau.

Ram Shergill is a photographer whose work has appeared in Vogue, Harper’s Bazaar, Tatler, i-D, POP, Dazed & Confused, and W magazine, among others. His photographs have been exhibited at the Whitechapel Art Gallery and the Victoria and Albert Museum.

Gayatri Sinha is an art critic and curator based in New Delhi.
or
Not Currently Available for Direct Purchase
Copyright © 2020 American Booksellers Association