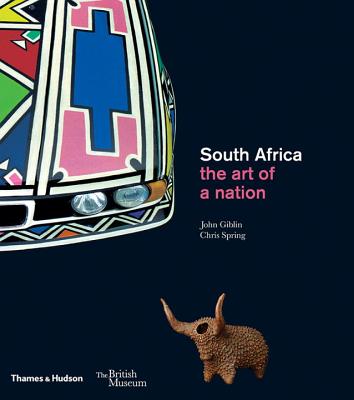 the art of a nation

South African archaeology preserves some of the earliest evidence of artistic thought and production anywhere in the world. Today, South Africa has an established and vibrant contemporary art scene that is often in dialogue with the deep and recent past. South Africa: the art of a nation explores this relationship between past and present, showing contemporary and historic art objects alongside each other, bearing witness to the important events in South Africa’s history. Published to accompany an exhibition at the British Museum, South Africa: the art of a nation moves chronologically, beginning with the first artistic stirrings of our earliest ancestors and moving on to iconic pre-colonial sculptures. The influence of Dutch, British, Malay, Chinese, and Indian settlers from the sixteenth century onward and the ensuing conflicts are considered, followed by a focus on the work of black South African artists from the nineteenth century. The penultimate section addresses the issue of segregation after the Union of South Africa in 1910 and Resistance Art during the apartheid era of the 1970s to 1989. The final section will look at South Africa’s transformation from an apartheid state to a democratic nation—the current artistic optimism of South Africa and the challenges the country still faces.

John Giblin is curator of the Africa collections at the British Museum.