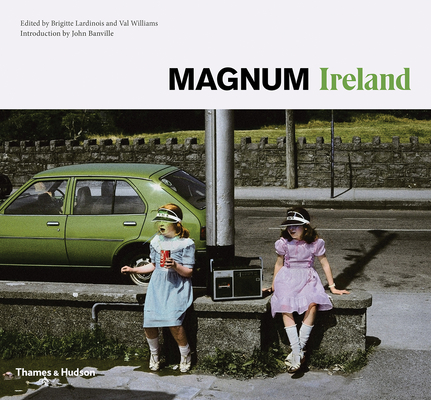 The changing faces of Ireland—social, political, and cultural—documented by some of the greatest Magnum photographers of the modern era.

From Ireland’s first attempts to forge a modern identity in the 1950s to the confident country of the twenty-first century, this new, compact edition, complete with new photography bringing the story of Ireland up to the present day, is a stunning survey of a beautiful and complex place and people, as explored by the unrivaled talents of the Magnum membership.

Organized by decade, the images show the lingering influence of rural life in the 1950s; the hidden story of ordinary Irish men and women—as well as the sectarian conflict—during the uneasy 1960s and 1970s; renewed confidence and the growth of prosperity and peace as the century passed through its last two decades; and the robust “Celtic tiger” of the 2000s. Each decade has commentary and context supplied by some of the most notable Irish writers of our time, with texts by John Banville, Anthony Cronin, Anne Enright, Eamonn McCann, Nuala O’Faolain, Fintan O’Toole, and Colm Toíbin.

Brigitte Lardinois was Cultural Director at Magnum Photos London for more than ten years and is the editor of Magnum Magnum. She lives in London.

Val Williams is curator, lecturer, and author, is professor of the history and culture of photography at University of the Arts London and coeditor of the journal Photography & Culture.
Loading...
or support indie stores by buying on