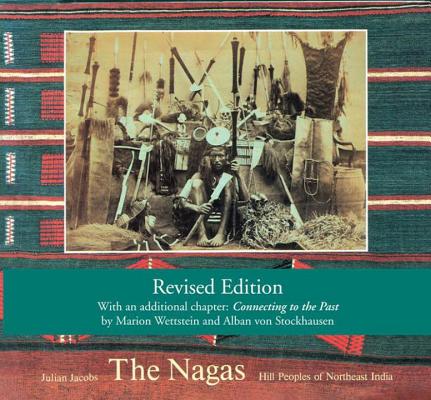 The Nagas of the Northeast hills of India were radically different in culture and beliefs from the Hindu peoples of the plains and are represented here through color photographs of their textiles, basketry, jewelry, weapons, metalwork, and carvings.

In the years before Indian Independence in 1947, the Nagas of northeast India came to exemplify an exotic society. Peoples of the hills, radically different in culture and beliefs from the better-known Hindu peoples of the plains, they were renowned for their fierce resistance to British rule and for their former practice of head-taking.

More than twenty years have passed since the book was first published. A new introduction provides a concise update based on field research conducted in Nagaland over the last eight years, as well as a glimpse of the regional developments that continue to intensify. The vibrant material culture is generously illustrated here in color photographs of textiles, basketry, jewelry, weapons, metalwork, and carvings.

The new introduction was contributed by Marion Wettstein and Alban von Stockhausen.


Praise For The Nagas: Hill Peoples of Northeast India…