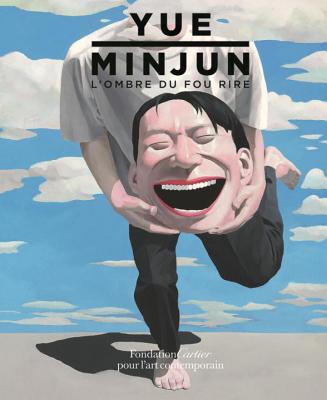 A major monograph on the work of this influential Chinese artist that brings together his most iconic paintings, his major sculptures, and more than 100 drawings

Born in 1962 in the city of Daqing in Heilongjiang Province in China, Yue Minjun is an icon of contemporary Chinese painting. Considered one of the protagonists of “Cynical Realism,” an art movement that emerged after the student demonstrations in Tiananmen Square in 1989, he began developing his own distinctive iconography in the 1990s, which combines pictorial and historial references.

Yue Minjun’s paintings are immediately recognizable: they are painted in bright colors on large canvases and peopled almost exclusively by laughing male figures, all which are self-portraits either presented as a single figure or replicated over and over again to form a battalion of grinning frozen-faced clones. These figures appear in grotesque poses or in mock execution scenes, creating an atmosphere of tension that oscillates between the lighthearted and the outrageous, the mundane and the excessive, offering an often implicit parody of contemporary Chinese society.

François Jullien is a French philosopher and sinologist.

Ouyang Jianghe is a Chinese critic and poet.

A detailed retrospective and a refreshing portrait of his career. . . . This definitive collection of Minjun’s work is essential for scholars of contemporary Chinese art.