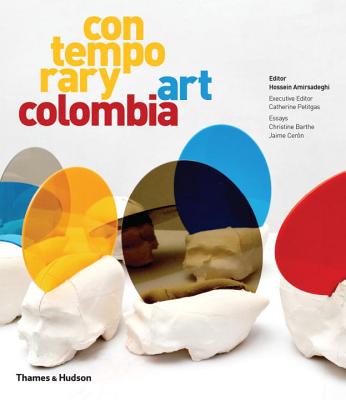 Colombia’s contemporary art scene—one of the most vibrant in Latin America—nevertheless remains relatively unknown outside that country. Including ninety profiles of key players and four critical essays, Contemporary Art Colombia captures the renewed dynamism of the Colombian art world.

After fifty years of violent civil conflict, in 2002 the Colombian authorities initiated an ambitious peace process with the armed guerrillas. Between 2010 and the start of 2015, the Colombian economy saw the fastest rate of growth in Latin America, and one of the fastest in the world. This buoyant economic climate has benefited the art world, resulting in a proliferation of private and public initiatives over the past decade.

Hossein Amirsadeghi is a writer, publisher, editor and documentary film maker, and the driving force behind many books, including Sanctuary: Britain's Artists and their Studios, Art Studio America, Nordic Contemporary, and Contemporary Art Mexico.

Catherine Petitgas is a London based art historian, a collector of Latin American art, a Trustee of the Whitechapel Gallery, and the former director of Alma Gallery.
Loading...
or
Not Currently Available for Direct Purchase