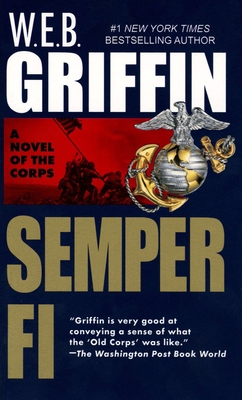 The New York Times bestselling author of the acclaimed Brotherhood of War saga brings to life the men of the Marine Corps in the first Novel of the Corps.

From Shanghai to Wake Island, the Corps was America’s first line of defense as the winds of war exploded into the devastating surprise attack on Pearl Harbor. Now, this elite group of courageous, honorable men steel themselves for battle, prepared to make the ultimate sacrifice...

“Griffin is very good at conveying a sense of what the ‘Old Corps’ was like.”—The Washington Post Book World